Downsizing - No, Rightsizing! And Decisions ....

I was going through my doll and action figure stuff when I realized that - as fellow collector Kim stated, I am NOT downsizing, I am actually "rightsizing." The difference is that "rightsizing" means I am removing stuff I no longer need to keep. That removal allows space for the things I want to access. On the other hand, "downsizing" makes me think "loss" and "reduction."

So I am "rightsizing." Grin.

I've found some more things to add to my Exit List. Three playsets: an extra Power Team gym I forgot that I had, Skipper's Teen Slumber Party Bedroom, and the Stylin' Dressing Room of Mary-Kate and Ashley. Those are to go. No problem. I have someone who might want the gym. Will check with him before offering on The Doll Page. Some more difficult decisions, too. 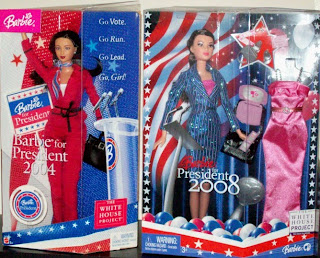 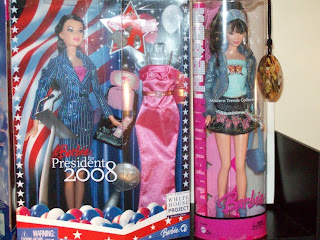 I can adjust as I see the other dolls being sold. Just have to remember that I am rightsizing. Right ....
Posted by D7ana at 7:17 PM 8 comments: