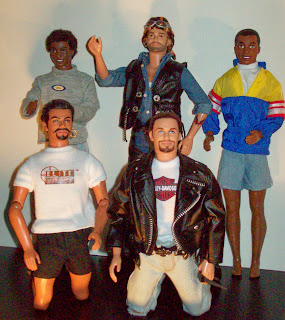 Who's forty-nine years old today and still hasn't lost an iota of the charm shown on his debut? KEN!

Who's the best pal and companion any girl or woman could ask for? Patient and a great sport? KEN!

Happy Birthday, Ken. May you grace our world for many years to come.
Posted by D7ana at 7:24 PM 4 comments: Links to this post

Any Blossom fans out there?

Well, I did not follow the television series although I recall there being a Blossom television series. Something about a teenager and her dumb brother - probably why I didn't watch it then: extravagantly stupid characters have always annoyed me. But when I saw the doll, I thought, "Oh, new face." So she joined the rank of dolls whose face I liked. She's got character. And I love the dated outfit ;-D 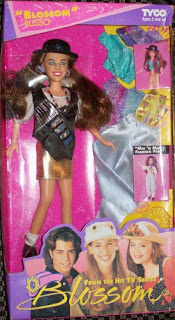 Here is a close up of her face - and yes, she has great teeth. Great size, but hey, remember the adjective, character .... 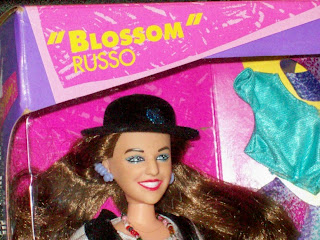 So she's headed for the debox lot. A surprise keeper because she is not Barbie-pretty or flexible. She has a nice nose, squinty eyes, and a dazzling smile. Ten inches of charm. I would eventually like to add her brother Joey and her friend Six to my collection - they were also produced by Tyco. (I can and do overwrite provided story lines.) These dolls are still available and can be reasonably priced - say under $20.00 each or possibly for even less given today's economy.

And NOOO I have NOT been mesmerized by the teeth.
Posted by D7ana at 8:36 AM 10 comments: Links to this post