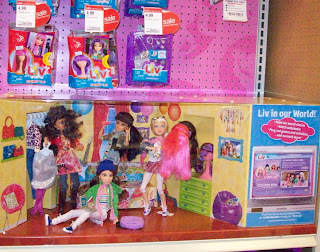 Alien encounter in a suburban store? Check Daniela's fists and Alexis' hair.
Posted by D7ana at 9:41 PM 2 comments: Links to this post

Earlier today, I entered the Clifton Heights Kmart on Baltimore Pike for the first time. They had Twilight Barbie and Ken available. I also saw an odd doll, a porcelain child doll who looked as if she could almost fit Barbie-scale.

Here are the photos: 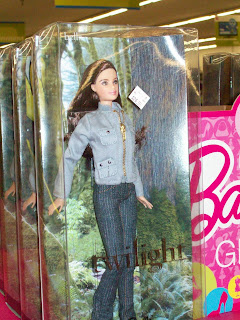 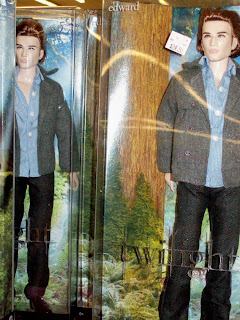 He has an interesting face. Looks as if his nose were smashed and his head elongated. Striking rather than handsome. 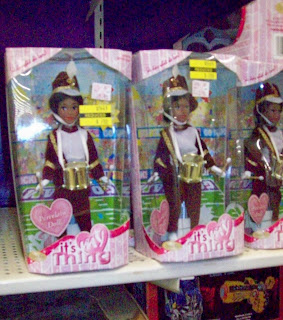 Kmart shoppers, you might want to find this porcelain doll with a gold drum set. She was in the Clearance section for $7.00.
Posted by D7ana at 6:00 PM 5 comments: Links to this post