Raquelle face doll fans, alert! There is a suntanned Raquelle doll available. Usually, Raquelle has light or fair complexion. But if you'd like to see her with a tawnier complexion - and you do not mind purple hair OR re-rooting fashion doll heads, this doll is for you. She's one of the Mariposa co-star or friend fairy dolls. Walmart calls this doll a "co-star," while Amazon calls her, "friend." 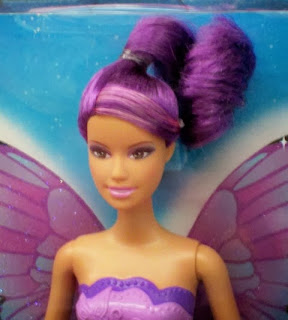 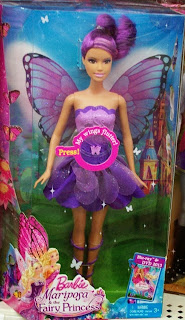 There is a close-up photograph and a full length photograph. What do you think of her? Happy searching!

The movie will be out November 27, 2013, but you can find the dolls from the Disney movie Frozen in stores now. Frozen is about two sisters, Anna and Elsa and their adventures as they attempt to restore their kingdom of Arendelle from an eternal winter. Anyone thinking a modern, cheerier version of Hans Christian Andersen's The Snow Queen with siblings replacing Gerda and Kay and the Snow Queen? 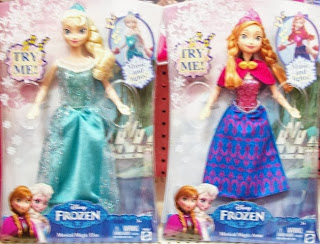 Here are the two wide-eyed sisters: Elsa (left) and Anna (right). Elsa has the power to create snow and ice. She accidentally triggers the "eternal winter." Anna, the younger and optimistic sister, wants to reconnect with her sister and to restore the land to its former four season glory. Head nod. Maybe the commission of the story will be more exciting than the premise, but I see a definite pass on this one. I never liked the fairy tales where the younger siblings win out over the older ones. Why not? I AM the oldest sibling. Sigh. 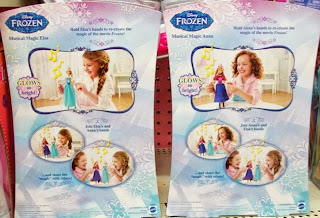 And here is the back of the box for these dolls.

If any of you see this movie this Thanksgiving, do let me know how you found it. I thank you in advance for that favor.
Posted by D7ana at 9:41 PM 9 comments: Links to this post