Here are photos of the two Prom Night sets and the one Graduation Day doll that I bought: 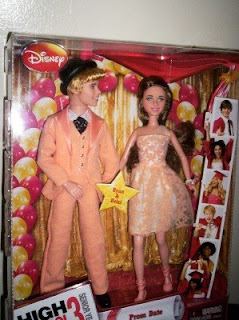 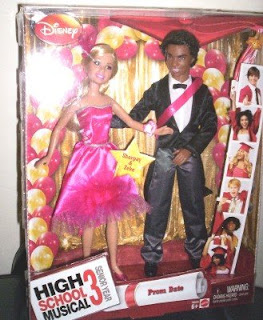 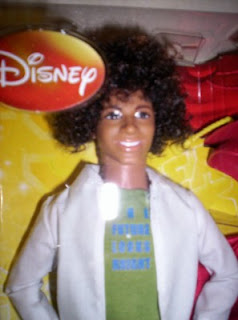 I'll post another photo when I debox them. I'll get Chad without that shine on his face.
Posted by D7ana at 10:14 PM No comments:

I asked about the Rebelde School Sets at two Walmarts. No one knew what I was talking about. Not at the South Philly branch where I found Giovanni and Lupita; not at the Roosevelt Boulevard one either.

What's a collector to do?

Spread the query further. I can contact local collectors and collector groups. I can write to other message boards. I could call the branches although calling is less effective in this instance. A store could have an item, but that item could be sold BEFORE I reach the store or it could be misplaced in the store. Then again, the person answering the phone may or may NOT look for the item I request. Shrug. Maybe closer to the holidays? Maybe.

In the meantime, I have other dolls and action figures to get. I placed an order for a nude U.S. Army Ranger 75th Regiment from Hot Toys - this one looks like a better looking Terrence Howard -- as well as two Fashion Royalty dolls and the AKA Centennial Barbie on backorder with Mattel Collectibles. Still, I miss NOT having Diego. (I have Roberta in her concert outfit.)
Posted by D7ana at 6:08 PM No comments:

Very pleased to have found the High School Musical 3 Senior Year: Prom Date dolls at a Walmart on Roosevelt Boulevard -- the one at Tower Boulevard. I saw and bought

Ryan and Kelsie
Sharpay and Zeke

At first, I was NOT going to get the Ryan set because I thought the peach suit would be too froo froo. But seeing the suit on the doll, it looks nicer than I had thought it would. While I don't follow this movie series, I do think that the peach suit looks like something the Ryan doll would wear.

I was NOT going to get the Sharpay-Zeke set because most Sharpays look cross-eyed and I had thought that Zeke would look like Steven. This particular Sharpay looks a little less cross-eyed than most, but what really drew me was the Zeke doll. He seems to have more personality than the Steven/Black Ken dolls. And I liked the idea of my Graduation Day Chad having a Black male companion his age and size. Just so that Chad isn't the only "other" in the group of male dolls his age and size.

I like to have a mix of races and ethnicities in my collection.

I'm glad to have nabbed a Sharpay-Zeke set also because I can imagine the protest letters pouring in. Think some people had fits about the solo pregnant Midges? This pairing of a white female doll and a black male doll in ONE box ... oh the outrage that is going to come forth. It doesn't matter what happens in the movie -- there are going to be protests about the dolls. How dare Mattel combine these dolls like this -- and yes, Mattel was brave to create this duo -- and this has to go down in doll history because I cannot think of a time when any doll company has ever romantically paired a black and a white doll. John Smith can be with Pocahontas, but Black dolls are always set off with other Black dolls. Eh well, it is 2008. Time to shake up things, hmmm?
Posted by D7ana at 5:11 PM No comments: