Here are three Battlestar Galactica action figures I bought in 2008:

From left to right: Lieutenant Starbuck (Dirk Benedict), Captain Apollo (Richard Hatch), and Commander Adama (Lorne Green). Majestic Studios Inc. produced these figures to represent the original cast from the 1978-79 TV series, Battlestar Galactica. I was aware of the show, but I did not follow it. However, when I saw the figures online, I had to have them - non-Ken, non-Joe guys! 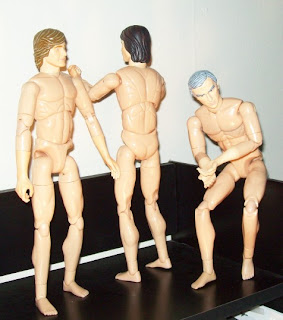 As I mentioned in an earlier post on these figures, after I received them, I favored Commander Adamo. He would make a perfect priest for my playscale settings. The others, I am going to put them up for sale. They are the Battlestar Galactica "Guys to Go" in the title of this post. 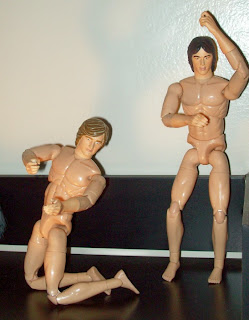 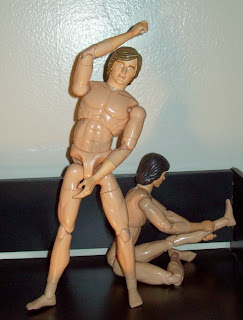 Walmart (Wyncote, PA) has all FOUR of the Liv Dolls with their pets: 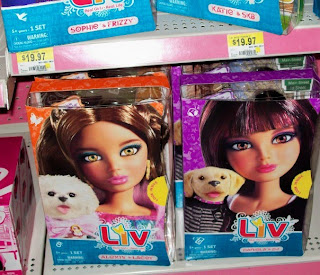 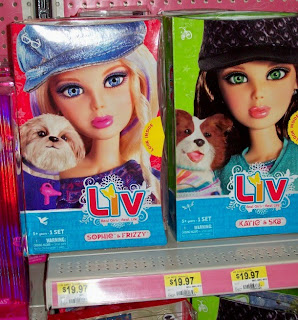 Here are photos of Liv Sophie ... 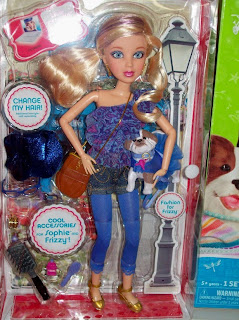 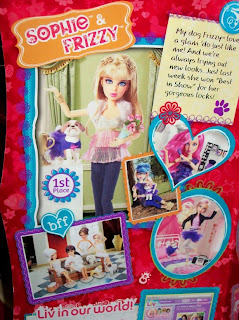 Maybe the prototype for this Sophie had bangs; the produced doll has a side part with no bangs.

I did not see any of the Barbie Basics OR the Rocawear crew at this Walmart; my guess is either they sold out or they may not have received them yet. 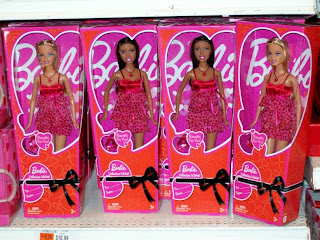 Good news for fans of the Adrian/Desiree face mold, hers is the chosen head for the 2010 supermarket Valentine Wishes Barbie doll.
Posted by D7ana at 11:08 AM 7 comments: