You don't see many portly male dolls or action figures. 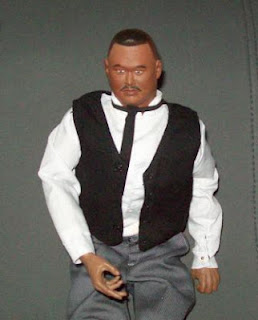 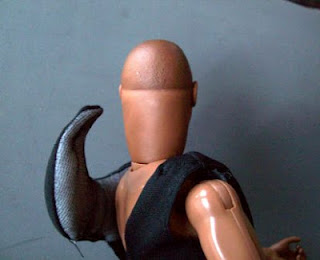 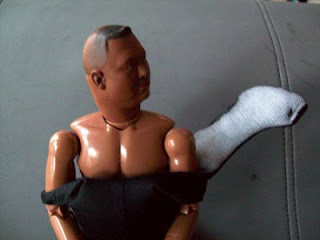 So the action figure is not "portly"; the fitted padding called a "fat suit" fills him out to resemble the actor playing the Odd Job role, Harold Sakata. 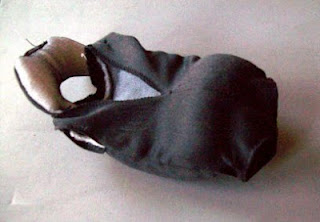 The exterior of the "fat suit" is black polyester. Turning it inside out, you can see the padded interior. The white batting next to the black polyester is covered on the other side with a semi-sheer black netting. The padded areas give extra weight to the figure's torso, upper back, and buttocks. His clothes are larger to accommodate the "fat suit."

Here is the inside front of the suit. 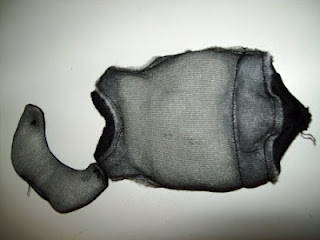 And here is the back of it. 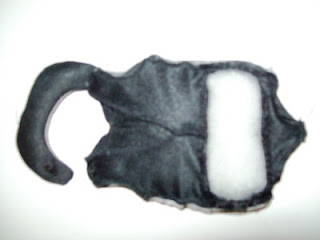 Any thoughts on this type of "enhancing" the action figure body?
Posted by D7ana at 12:16 AM 19 comments: Links to this post