Congratulations to Simon Farnsworth for his Barbie Basics article in Wikipedia:

Great to read a doll-related article on Wikipedia.

Guess I need to upload my revised Mixis article.
Posted by D7ana at 4:13 PM No comments:

Email ThisBlogThis!Share to TwitterShare to FacebookShare to Pinterest
Labels: Wikipedia

Stopped by Walmart and found these dolls on the first of January:

Ladies of the Eighties: Joan Jett 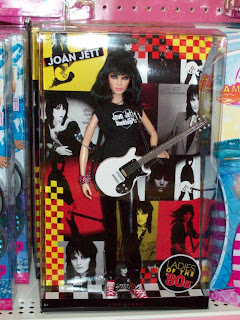 I like the doll's strong face. The hatchet hairstyle looks interesting, too. I love her outfit and red sneakers. Emaciated body, but then I can either re-body her or give her a background where she's ill. I associate Joan Jett with the song, "I Love Rock n Roll," but other than that, she wasn't on my Eighties playlist. I do like the doll though. Someday .... 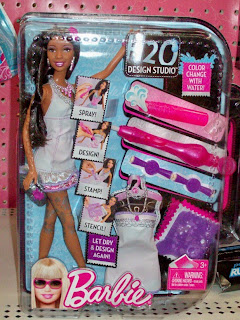 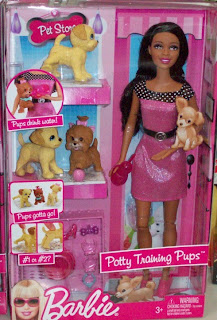 Three of the Barbie Basics Line 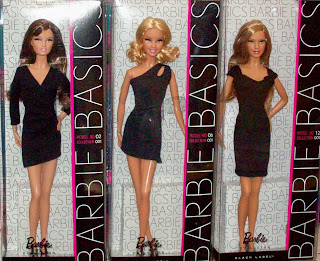 Roca Wear So in Style Chandra and Grace 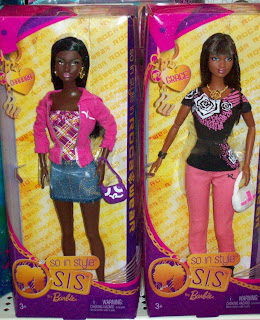 No Trichelle, Kara, or Darren. Between Trichelle's cool outfit and her rougher hair and Darren's cool outfit, I was not surprised to NOT see them.


Wizards of Waverly Place Alex Russo in a new outfit 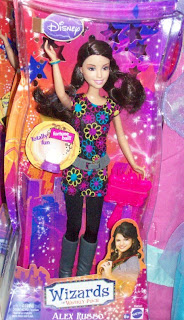 Yawn. Reporting this because it is a change, but I wish that Mattel would either add another doll to this series - one of the other characters - for variety or create a playset for her. The outfits are not spectacular enough to warrant buying multiple versions of the same doll over and over again.
Posted by D7ana at 7:13 AM 15 comments: