I own three of the America's Next Top Model (ANTM) dolls produced by MGA Entertainment - Paisley, Sienna, and Sidney. The fourth doll shown on the box back, Tascha, does not seem to have been produced for the market. (If anyone should have this doll, please write to let me know.) I have some comments and photos of the boxed dolls.

1. While billed as "The Only Fashion Dolls from the Hit TV Show," these dolls do NOT resemble any of the ANTM contestants. "Based on the Hit TV Show" would have been more accurate advertising. Creating personalized dolls of the real contestants would be costly. Also, which models would they choose from the eight "cycles?"

3. More variation in the face molds would have been nice. Paisley and Sienna look the same except that they have different complexions.

4. The complexion variation is nice: Paisley is pale, Sidney is pinkish, and Sienna is suntanned.

5. The dresses, tops, and shorts are okay, but the shoes and the handbags are cuter. The shoes will look nice in a shop diorama. So far, I haven't found another doll foot that size and shape who can wear them yet.

Tomorrow, I'll post photos of the dolls without clothes so that they can be seen in comparison with other dolls. 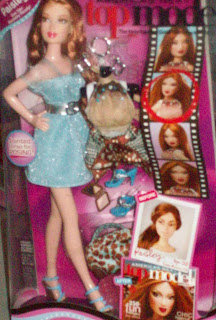 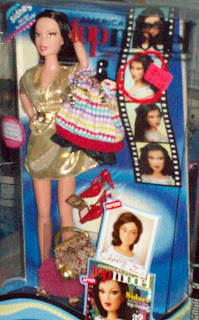 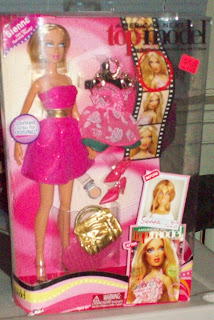 Jakks pacific makes doll bodies that are smooth, and realistic looking yet they are also poseable. So far, they are the best overall in terms of looking soft, staying away from the ugly joints and yet still being poseable.

Hi Peacemt and thanks for writing. I have some of the Jakks Pacific G.I.R.L. Force dolls who have beautiful bodies, but I find them difficult to pose. Are you referring to another group of J.P. dolls?