Where are the Asian Fashion Dolls?

There were three criteria needed for my Asian playline dolls:

1. that the dolls were by any company OTHER than Mattel (removes Disney/Mattel from the list)

3. that the dolls were in playscale or 1:6 scale

4. that the dolls could still be purchased today


These four dolls met the above criteria:

Playmates’ Asian everGirl who remains on sale at Nick.com

Yue Sai Wa Wa available through mail order from ChinaSprout and possibly still available from local toy stores. (I bought mine from a K B Toys stores several years ago.)

Jade Princess (under the Just Girlz line by Sears Holding Corporation) is still on sale at some Kmart stores. 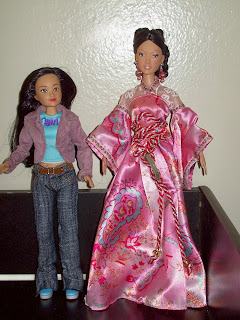 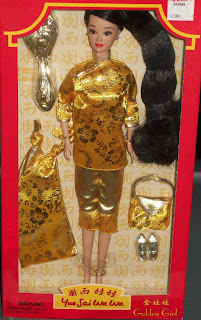 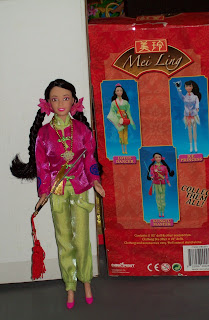 Note: there used to be a website called "Asian Pacific American Toy Chest" that had extensive information about Asian Pacific dolls and action figures. Loren Javier was the site author; unfortunately that website is no longer directly accessible. Using a trackback website might show images from it.
Posted by D7ana at 6:41 PM

Beautiful dolls! I wish to see these in my local toy store but I'm not gonna hold my breath. ^_^

The only other not-crazy-expensive fashion doll series I really really like is the Dynamite Girls by Integrity... but yeah, not really playline, a bit pricey :(

from one of your linked articles...

ROFL *I think I'm gonna cry from laughing so hard*

Thanks, my favorite of the group is Yue-Sai Wa Wa, but I like the others, too.

The everGirl dolls were first sold in toy stores, but then they went to discount stores. If your discount stores carry older doll lines, they might appear there.

I remember reading that review of the Yue-Sai Wa Wa doctor doll here on Amazon, but I didn't include. Thanks for mentioning it though, because it was um interesting? I don't know if children are as readily programmable as the author suggests; regardless of the manufacturer's back story for dolls, wouldn't children give their preferred occupation/activity to any dolls? Shrug?

I love the Dynamite Girls series, too. Sigh. Not crazy-expensive, but NOT cheap.

Yue Sai Wa Wa is not a doll I love - but I adore her Asian accessories - which makes her something I would def pursue.

Hi, Kristl! Two Yue Sa Wa Wa dolls I wish I had bought sooner were the doctor doll and the chef doll.

By the way, I would NOT pay the Amazon price for her; you can find her at Chinasprout.